I’ll be honest, for the first eight years after iOS was released, building an application natively within iOS made sense and was the only proper decision to make. Cross-platform app frameworks had promise but lacked many core features and UX experiences that it didn’t make sense to switch over.

Native apps are considered the gold standard and offer the best overall performance, user experience, and access to hardware-related features such as support for multi-touch gestures, access to the camera, GPS, calendar, accelerometer, and much more.

But now the mobile world has moved on and React Native is the right decision for many companies.

React Native has transformed the whole dualistic notion of iOS vs. Android by creating beautiful apps for both platforms from one codebase—without compromising on the UX and UI. On a React Native app, everything you see and touch is native.

So unless you are Uber or Airbnb and can afford to spend money and time on exclusive native mobile development, your business really should be using React Native as its development platform of choice.

The reason is fairly straightforward. With React Native, you have a best-in-class framework that is optimal for 95% of all business use cases.

I didn’t want to start with this because I don’t think “everyone else is doing it” is a valid excuse, but the maturity of React Native makes it an easier business case for your organization.

React Native was introduced in 2015 and underwent the initial stable release in July 2019. Over the past four years, it has become a robust worldwide open-source community with over 2000 contributors on GitHub—and, of course, with the backing of Facebook. It’s also the 17th most starred GitHub repository and had the second-highest number of contributors for any repository on GitHub in 2018.

You get to manage familiar technology

Facebook originally developed React Native as a hackathon to support its cross-platform needs. The beauty of React Native is that, unlike “hybrid” mobile app solutions, it uses native UI elements instead of rendering the entire application inside of a WebView. Your business logic is run in a separate JavaScript thread, which then controls the native UI elements. In the “old days,” companies had to develop native apps for both Android and iOS from scratch.

React Native allows developers to write code in just one language, JavaScript, then build binaries for Android and iOS. It eliminates the need to hire both iOS and Android developers to write dual applications, and this represents a huge benefit in terms of productivity, costs, and time to market. Not to mention the reduced hiring burden!

As a CTO, you’re most comfortable managing a company you understand. If you happen to be an Android “guy and need to hire an iOS developer, you’re not speaking the same language and have to work extra cycles to get everyone on the same page. This can easily lead to operations hang-ups and production slowdowns.

Being able to write once and port across each major platform means a considerable improvement in the operation of your organization. The ability to place resources on different projects and not have to worry about skillsets and whether a developer can write Swift, Objective-C, Kotlin, or Java is a huge relief.

Nearly 67% of all developers use JavaScript already, so it’s an easy sell for using React Native to improve operational efficiency across the enterprise.

There are many ways React Native saves organizations time and money. Obviously, the “one code for all” is a huge advantage as it cuts down on the learning curve and the number of hands on deck required for developing an application. It’s also open source and has a robust and growing community of ready-made components and support.

In fact, something like 95% of the React Native codebase is shared between iOS and Android. These are just some of the many reasons why React Native leads to significant improvements in ROI over hiring native developers.

As good as React Native is for all-around performance, cost savings, and portability, a few use cases will stand out that require a pure native look and feel. These are going to be the high-end enterprises, such as Airbnb and Uber that have money to spend on super-polishing their native application.

For the “rest of us,” which means 90%-95% of the business use cases, React Native will provide your organization with a highly engaging enterprise application. In other words, the reasons for not using React Native are going to be negligible.

In terms of cost-savings, increased efficiencies, and the overall native look and feel that users experience, React Native is a no-brainer!

Why not React Native?

Yes, not every app should be built with React Native. Here are some reasons to go full native:

For CTO’s, quickly getting the right products to market is all that matters. As a “learn once, write everywhere” framework, React Native cuts down enormously on the cycles required to develop and deploy user-friendly and engaging products to market. React Native is arguably one of the biggest breakthroughs in mobile application development in recent years.

We’ve been using React Native since I founded the company and aren’t looking back anytime soon.

P.S. If you’re trying to decide between React Native and other cross-platform mobile frameworks, read this. 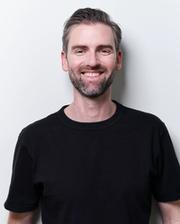